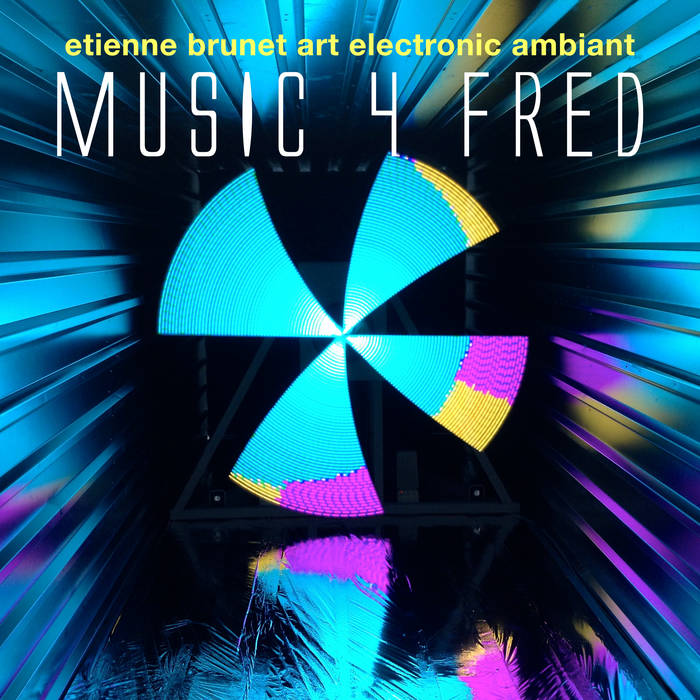 "Pingpongscreen" :
shown in autumn 2013 at Beaubourg Metz for several months.

"Buzz" :
shown in Paris for the « Nuit Blanche » 2012. This was the first substantial collaboration with Fred. I thank him for trusting me and for our long-term collaboration since then.

Fred Sapey-Triomphe's team included Yann Guidon (Electronic Design), Etienne Brunet (Music Design), Colin Bouvry (Creative Coding), Didier Courtial (installation technician). The nature of their dynamic is situated halfway between a graphic orchestra and a design office. Fred's work draws the viewer's attention in ways that might be compared to the stained-glass windows of cathedrals as well as James Turrell's pieces while under the effects of Ecstasy or Brion Gysin's Dreamachine, or even Op-Art and virtual kinetics. The music is a minimalist atmosphere with a little touch of Alvin Lucier.

Thank you for watching the videos of these artworks on YouTube:
www.youtube.com/channel/UCU74El3PfOSq9onJSzer0sA/videos